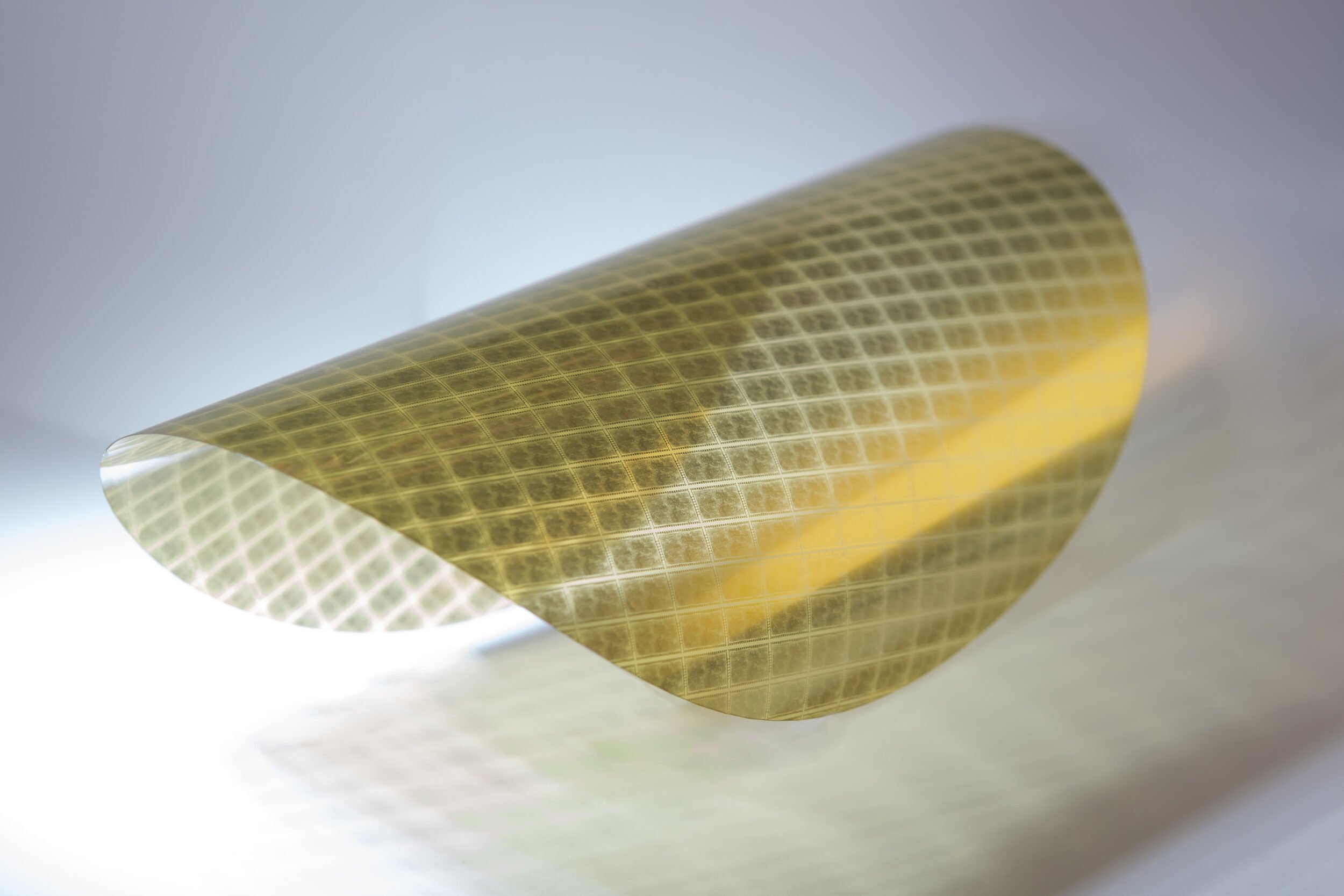 Pragmatic Semiconductor re-invents the iconic processor that changed the world

PragmatIC Semiconductor, a world leader in flexible electronics, is proud to announce that it has manufactured a flexible version of the 6502 processor, the iconic design that kick-started the personal computer revolution.

Launched in 1975, the ground breaking device was a fraction of the price of competitor chips, which is why Steve Wozniak built it into his Apple I computer. The chip and its variants went on to become the main brains of seminal computers like the Apple II, Commodore PET, Commodore 64 and BBC Micro, as well as pioneering gaming platforms including the Nintendo Entertainment System and Atari 2600. The design is still supported today by Western Design Center (WDC), who estimate that their licensees have shipped over 6 billion embedded 65xx processors, growing by hundreds of millions per year.

The 6502 was developed at MOS Technology by a team of designers who had left Motorola because they were convinced that the high cost of the company’s 6800 was a barrier to high volume adoption. At the time, the perceived wisdom was that computing power was not for the masses, as immortalised by Ken Olsen of DEC who said “There is no reason for any individual to have a computer in his home”. The rest, as they say, is history.

PragmatIC’s flexible 6502 was laid out and manufactured in less than two weeks, demonstrating the game-changing ability of our FlexIC Foundry to support rapid realisation of semiconductor hardware. A second iteration has already been taped out to optimise pinout, footprint and speed, leveraging an agile design approach that would never be possible with the high cost and long lead times of silicon fabrication.

“We are delighted to have made a flexible 6502, the processor that is credited with creating the personal computer revolution,” said Scott White, CEO of PragmatIC Semiconductor. “The design symbolises one of our key beliefs that a new paradigm for semiconductors is required to enable innovators to build extraordinary electronics solutions that improve everyday life.”

“I see what PragmatIC is doing to be as transformational as what we did at MOS Technology back in the 1970s,” said Bill Mensch, founder of WDC, who created the original 6502 with Chuck Peddle. “In validating the 6502 design on their FlexIC Foundry, we can now extend the original goal of the design to support embedded processing for the Internet of Everything.”

Pragmatic’s chip is produced without silicon, using thin-film semiconductors to create flexible integrated circuits that are thinner than a human hair, and are significantly cheaper and faster to produce than silicon chips. This provides a compelling alternative for many mainstream electronics applications, as well as enabling new applications not possible with silicon.

Pragmatic’s chips can be embedded into almost anything, bringing connectivity and intelligence to everyday objects. Example applications include radio frequency identification (RFID) and near field communications (NFC) giving objects unique digital identities as well as enabling objects to interact with their environment. This has benefits across the entire product lifecycle, including inventory reduction, traceability, counterfeit detection, proof of provenance, and customer interaction. Pragmatic’s technology can also be used to help reduce food waste, improve the return and recycling of singleuse packaging, and enable item-level traceability within a universal system for recapture, sorting, cleaning, and return.

Pragmatic is headquartered in Cambridge, UK, with our first fab operating in Sedgefield, and a second fab under construction at our new 15-acre Pragmatic Park site in Durham.

About Western Design Center and the 6502 processor

The Western Design Center, Inc. (WDC) Founded in 1978 by William D. Mensch, Jr., WDC has licensed its 65xx brand microprocessor Intellectual Property (IP/Cores) to the electronics industry since 1981. WDC is considered a pioneer in the design and licensing of microprocessor technology Intellectual Property (IP) cores and inspired Acorn engineers to create the wildly popular ARMxx series of microprocessors. GTE, Rockwell, MOS Technology, Synertek, and NCR were some of WDC’s first licensees. In addition, WDC began selling 65xx brand microprocessor chips to Apple Computer in 1984 making it the first supplier of microprocessors as a fabless semiconductor company. More information is available at: https://wdc65xx.com/about-WDC/