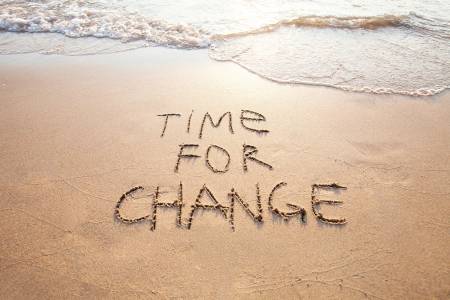 Reimagining the future of the semiconductor industry

As President Biden signs the CHIPS Act into law in the US, we need to consider novel approaches that transform how we think about the semiconductor industry. Scott White, CEO of PragmatIC shares his thoughts on the innovations shaping the future of semiconductor manufacturing.

The US CHIPS Act includes a generous $52 billion package to aid the research, development, and fabrication of semiconductors in the United States, addressing fears over global chip shortages and growing geopolitical concerns over international supply chains.

In Europe, the European Chips Act is a multibillion-euro initiative to strengthen the European semiconductor ecosystem. Like the US legislation, this comes at a crucial time for chip manufacturers, as industries ranging from automobiles to healthcare and consumer electronics have been forced to reduce or even pause production due to the unavailability of devices. Integrated circuit (IC) lead times were 25.8 weeks in February, the longest ever in five years, and some of the world’s biggest wafer suppliers claim to have sold out production capacity till 2026.

And it’s not just the powerful microprocessors in today’s laptops and smartphones that have become impossible to find — the lack of $1 display drivers used in everything from digital thermometers to cars has led to widespread shortages in consumer products across the globe.

With so much at stake, is it time for change? Time to consider novel approaches that can transform how we think of the semiconductor industry. Instead of massive silicon fabrication plants that need billions to fund and use huge amounts of water and energy, it is now financially viable to create smaller, more cost-effective fabs that can be set up in every state or county. These fabs can take advantage of innovative materials and streamlined manufacturing processes to sidestep the supply chain issues plaguing the industry.

In February 2022, I met US Senator Mark Warner to discuss semiconductor manufacturing and the options that new technology and modular fabs brings to the industry. He was quick to see the potential in localised chip manufacturing in towns and counties across the country, laying the groundwork for the growth of ancillary industries and creating thousands of jobs in the process.

Such modular fabs can disrupt traditional manufacturing processes and shorten supply chains to deliver made-to-order ICs in a matter of weeks, enabling agile hardware design in electronics that has previously been impossible to implement. Traditionally, the evolution from design to manufacturing could take anywhere from several months to a couple of years. New innovations have shown that this can now be done in less than two weeks. Localised chip manufacturing can also be more financially viable due to the huge savings in capital expenses, transportation, land and energy.

What does this mean for the United Kingdom, with its proud history of innovation in the semiconductor sector? Today the country has the technology, skill set and resources to be pioneers in semiconductor innovation, particularly in technologies that complement or leap-frog silicon, such as compound semiconductors and flexible electronics. And although the UK Innovation Strategy envisions a key role for British semiconductor companies, particularly those based in established clusters such as Bristol, Wales and Cambridge, it simply does not go far enough in scope and ambition.

Given the right support and encouragement, the UK could very well become a semiconductor manufacturing powerhouse once again, with the chip sector generating thousands of jobs as it did in Silicon Glen, which employed close to 50,000 people in its heyday in the 1980s. But we will need to act quickly, or we risk losing initial ground and the exciting opportunity to reinvent the UK’s once-thriving semiconductor industry.